meta data for this page

In season 2, the snowcat blade technics have been moved to the script file. This tutorial is mainly aimed at preexisting vehicles from season 1 that are to be converted for season 2, but it can also be used for new vehicles.

First off, you will want to remove the “Snow Blade” component from the “left” gameobjects that can be found under the blade and its wings 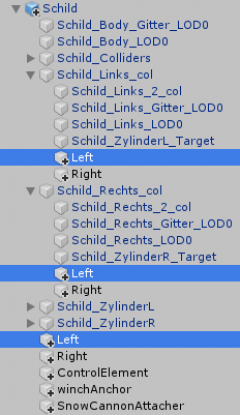 To delete the components, right click on their titles and select “Remove Component”. 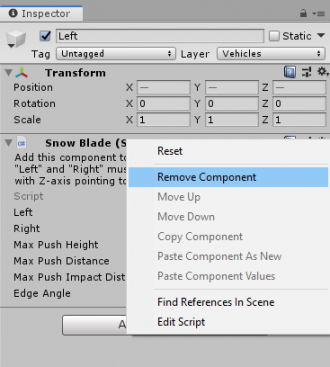 Next up you should move all of the points forward to avoid the snow clipping into the blade when driving. I recommend to move it 0.65 units forward on the Z axis, from the season 1 position. To do this you can simply select the point, then click on the Z axis box and write +0.65 behind the current number and it will automatically add them together. Repeat for all points.

That is everything you have to do in Unity itself. Now we will move over to the script file.

Adding the script to the .lua file

Open up your vehicle script file and navigate to the vehicleScripts table. Inside the table, add SnowBlade, to the bottom of the list like in the picture below. 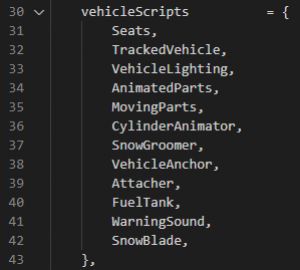 Once you have done this, copy the script below and paste it over to your script file, after the end of the vehicleScripts table

It should look something like this in your script file: 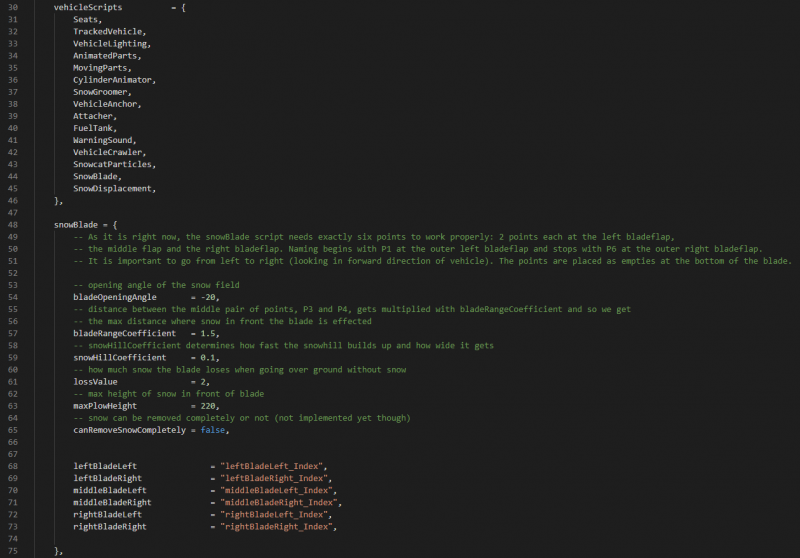 Replace the 6 indexes at the bottom with your paths to the “left” and “right” gameobjects on the blade.

For the rest of the variables, you can tweak those to your liking, but the standard values work well.

That's it, now you have a functional blade for season 2!